As a self-regulated profession, the integrity of the actuarial profession lies primarily in each of our hands. If we lose the public trust, it will affect the entire profession and result in the public failing to turn to credentialed actuaries for their actuarial needs.

As such, each credentialed actuary has an obligation to understand how to fulfill their obligations under the Code of Professional Conduct (Code) and most importantly, the requirements of Precept 13. In our professional lives, we may see instances of apparent unresolved, material violations of the Code by other credentialed actuaries, but it can be a perplexing and sensitive situation to say the least to determine what to do.

Our presenters discussed how Precept 13 applies to your work and your actuarial life, what steps you can take when faced with a potential Precept 13 situation, and where you can get counseling regarding possible violations of the Code.

In December 2013 the Academy’s Council on Professionalism released a discussion paper "The Application of Precept 13 of the Code of Professional Conduct"  written by the Committee on Professional Responsibility to help actuaries better understand their obligation to take action if they come across actuarial work that appears to materially violate the Code. The paper includes supplemental information that provides an overview of the Precept 13 process triggered by knowledge of "an apparent, unresolved, material violation of the Code" along with several hypothetical scenarios related to Precept 13 violations.

John, a member of the American Academy of Actuaries and current member of the ABCD, served as the Chief Actuary at the Connecticut Insurance Department from 1998 until his retirement on July 1 of 2009. During his tenure at the Insurance Department, he was active on a number of committees and task forces at the National Association of Insurance Commissioners (NAIC). These included representing the State of Connecticut on the Life and Health Actuarial Task Force, the Casualty Actuarial and Statistical Task Force and the Capital Adequacy Task Force. For the last seven years he served as the chairperson of the Casualty Actuarial and Statistical Task Force.  John joined the American Academy of Actuaries in 1979. He has been active in Academy committee work and served on the Casualty Practice Council for three years. John became a Fellow of the Casualty Actuarial Society (CAS) in 1981. Since then he has served on a number of CAS committees and was Vice President-Administration on the Executive Council. He also served as an elected member of the CAS Board from 1994 to 1997. He served as a member of the CAS Discipline Committee for eight years before being appointed to the ABCD in 2010. 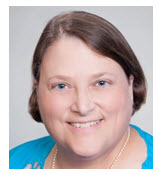 Lisa G. Ullman, MAAA, EA, FSA, FCA
Lisa, a member of the American Academy of Actuaries and current member of the Academy’s Committee on Professional Responsibility, is a Director in the Global Human Resource Services practice of a major multinational professional services firm in Boston, MA.  She has worked in the actuarial and employee benefits field for more than 25 years and is responsible for the practice’s Audit Support, Retirement valuation and Postretirement Other than Pension valuation areas.  As a pension actuary she provides audit support related to actuarial matters as well as being responsible for valuations, special projects and other work related to pension and postretirement. Prior to her current position, Lisa was a consulting actuary in the Boston office of a major international actuarial and employee benefits firm.  While there, she dealt with a variety of clients, advising on pension plan and postretirement valuation and design. She began her career in the pension actuarial consulting group of a major insurance company in Hartford, CT. She is also a Fellow of the Society of Actuaries, a Fellow of the Conference of Consulting Actuaries and an Enrolled Actuary under the Employee Retirement Income Security Act of 1974.

*The opinions expressed by the panelists during this presentation do not represent the opinions of the Actuarial Board for Counseling and Discipline.

The American Academy of Actuaries believes in good faith that your attendance at this live professionalism webinar, “Precept 13: Preserving Integrity and Public Trust,” constitutes an organized activity as defined under the current Qualification Standards for Actuaries Issuing Statements of Actuarial Opinion in the United States. Under these Qualification Standards, an hour of continuing education is defined as 50 minutes, and fractions of an hour may be counted.

JBEA CPE Credit
The Joint Board for the Enrollment of Actuaries (JBEA) has approved the Academy as a qualifying sponsor of continuing professional education (CPE) programs for enrolled actuaries.
If you are an enrolled actuary, the Academy believes in good faith that you may earn 1.8 CPE ethics credits under the JBEA rules for attending this live webinar. However, the JBEA ultimately determines what constitutes core, non-core, ethics or non-ethics continuing education and the number of CPE credit hours allocated to same for enrolled actuaries. During the live webinar ONLY, instructions will be given to attendees on the process for obtaining certificates of attendance.
To constitute formal CE under the JBEA regulations, there must be three (3) or more people involved in substantive pension services physically present at your webinar location.
Share