Almost 20 Academy volunteers took part in about two dozen meetings with U.S. House and Senate offices and committee staff members, and with representatives from federal agencies including the Treasury Department, Labor Department, the Congressional Budget Office, and the Government Accountability Office.

“The Hill visits provided an excellent opportunity for the PPC to highlight recently published and upcoming Academy publications and to discuss a number of recent legislative and regulatory developments,” said Tim Geddes, the Academy’s vice president, pension.

“The nonpartisan work the Academy does is really valued on the Hill, especially by members and staffers who are working on the retirement risk and financial security public policy issues actuaries have specialization in,” said Retirement System Assessment and Policy Committee Chairperson Eric Keener. “It’s a great reminder that the PPC and its committees can provide meaningful input on provisions that to improve retirement policy and outcomes in the U.S.”

The Pension Practice Council (PPC) released an issue brief, The Security of Pension Plan Benefits, that discusses factors relevant to the security of typical employer-sponsored defined benefit pension plans in the United States.

The PPC’S Retirement System Assessment and Policy Committee released an issue brief, Pooled Employer Plans—Employer Considerations. Pooled Employer Plans (PEPs) are a significant development that could reduce costs, complexity, fiduciary liability/risks, and administrative burdens for employers seeking to offer 401(k) retirement plans, and could simplify the process for smaller employers that do not currently offer such plans.

This year could see significant developments in private-sector retirement plans. The Setting Every Community Up for Retirement Enhancement (SECURE) Act, enacted in December 2019, enables new types of retirement plans that may make it easier for smaller employers to offer such plans in the future.

Among the provisions of the SECURE Act was the establishment of PEPs, effective Jan. 1, 2021. PEPs allow multiple, unrelated employers of any size to participate in a single retirement plan that is a defined contribution plan qualified under Internal Revenue Code section 401(a).

Currently, nearly half of U.S. workers do not have access to participate in an employer-sponsored retirement plan, with the majority employed by smaller employers who often do not sponsor plans for a variety of reasons, including the cost to maintain a plan, potential legal liability, and the compliance and administrative efforts required.

The issue brief notes that there are many important issues employers consider in determining whether to offer a PEP to their employees and in selecting a pooled plan provider. Analyzing these issues may be complex and challenging, especially for small employers, and not all of these issues are equally important to every employer, it states.

“Individual equity and social adequacy are both essential to the success of Social Security,” Kemp said. “Balance between the two has changed as the system has evolved.” Slides and audio are available free to logged-in Academy members. Proposals discussed during the webinar included those made in recent years to address the program’s projected looming trust fund shortfall and more recently other options not designed to achieve trust fund balance put forward by President Biden. 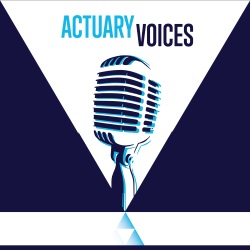 Conducted in March during Women’s History Month, Stone reflected on pension issues as they impact women and shared her family’s experience with her mother working as a “Rosie the Riveter” during WWII.

Women typically live longer than men and often earn less in their working careers, so the need for a long and secure retirement is magnified, she said. The challenges are even greater for minority women, who earn less than men and who often have less access to retirement plans or homeownership.

Stone cited proposed legislative reforms as noted in the Academy’s recent Social Security webinar to boost women’s retirement security, and pointed to her testimony several years ago before a congressional committee about retirement issues facing women. The bipartisan nature of that hearing “was very encouraging” about reaching a bipartisan consensus around retirement issues.

“One of the highlights of this year, I hope, is going to be some bipartisan retirement legislation,” she said. “The good thing is between the House and the Senate, there are proposals that will make a difference for the 50% of people who are not in retirement plans.”

A reminder that the deadline is June 25 to submit nominations for the Academy’s 2021 distinguished service and volunteerism awards. Service is the heart of the Academy and its mission, and these awards recognize the substantive and noteworthy work being accomplished by actuaries in their volunteer work for the Academy.

Nominate a fellow Academy member who has made a difference for the public and the U.S. actuarial profession to receive one of the Academy’s prestigious awards:

In addition to these two singular awards, the Academy also recognizes volunteers who have gone above and beyond in the last year and made a difference to our work through their volunteer work:

The awards will be presented in conjunction with the Academy’s 2021 Annual Meeting and Public Policy Forum this fall. More information about this year’s annual event will be released soon.

Gold covered “pure” variable benefit plans and benefit stabilization, Becker discussed multiemployer plans, and Vicente covered public plan considerations and offered examples of current state risk-sharing benefits. In discussing possible enabling legislation and policy issues, Gold said that “one thing that would be helpful is to have some specific approval from the IRS about floors and ceilings. … It would be nice to have some specifics around these points, and smoothing of investment returns.”

“There’s a real interest” in risk-sharing plans, Becker said, and gave several examples of multiemployer variable plans, and adoption and transition issues. She also noted bipartisan interest in the GROW Act—Give Retirement Options to Workers Act—which would provide for new risk-sharing plan design to be made available to multiemployer plans.

Panelists took questions from participants during the webinar for a lively exchange. Slides and audio are available free of charge to logged-in Academy members.

Presenters reviewed some of the key challenges that have faced multiemployer plans stemming from the 2008 financial crisis and looked at ARPA in context with other legislative efforts and proposals put forth in recent years.

They covered issues related to the role of the Pension Benefit Guaranty Corporation (PBGC) and made observations that while the new law addresses challenges for some troubled plans, it does not comprehensively reform the multiemployer system. Slides and audio are available for logged-in Academy members.

Save the Date: August Webinar to Focus on Multiemployer Plan Regulatory Implementation

The Multiemployer Plans Committee is planning an August pension webinar, “Multiemployer Plan Provisions in the American Rescue Plan Act of 2021 (ARPA)—Discussion of Recently Issued Regulations.” Following up on its April 6 webinar that reviewed the recently enacted ARPA multiemployer plan relief provisions, this webinar will discuss anticipated PBGC regulations and their implications for plan sponsors. The webinar is scheduled for Aug. 3, with registration slated to open in early July.

On May 20, PPC member and Public Plans Committee Chairperson Todd Tauzer presented a pension track session at the Actuaries Club of Philadelphia’s Virtual Spring Meeting. The session addressed the potential implications of the COVID-19 pandemic for pension plans, with a focus on public pension plans as outlined in the Academy issue brief, The Impact of the COVID-19 Pandemic on Public Pension Plans, released in December. Tauzer also discussed recent PPC work, including recent pension issue briefs and other Academy resources.

Following is an update of federal and state retirement- and pension-related legislative and regulatory activity.

Congress passed, and President Biden signed into law, the American Rescue Plan Act of 2021 in early March. The $1.9 trillion stimulus package included a number of multiemployer and single-employer pension provisions (and other non-pension actuarial provisions), notably the financial assistance program for troubled multiemployer plans through 2052. For more information, see the Academy alert.

Rep. Richard Neal, chairman of the House Ways & Means Committee, introduced a bipartisan bill with ranking member Rep. Kevin Brady that has been voted out of the Ways and Means Committee. H.R. 2954, Securing a Strong Retirement Act of 2021, contains provisions that strengthen retirement security such as automatic 401(k) enrollment, allows nonprofit groups to pool their retirement plans, directs the Internal Revenue Service (IRS) to promote the existing Saver’s Credit, and allows individuals to pay down a student loan instead of contributing to a 401(k) plan and still receive an employer match to their 401(k) plan. This bill is intended to expand on the SECURE Act that was enacted in 2019. The bill awaits action by other committees of jurisdiction to which it has been referred pending a decision to schedule it for full House consideration.

The 9th U.S. Circuit Court of Appeals rejected a lawsuit in May in which is claimed California’s automatic retirement program interfered with the Employee Retirement Income Security Act (ERISA) of 1974, because the CalSavers Retirement Savings Program is “run by the state without forcing employers to create their own plans.”

Tennessee Gov. Bill Lee signed SB 611, a bill that declares property held in a pension or retirement account that qualifies for tax deferral to be “presumed abandoned” if it is unclaimed over three years after the second communication to the holder of the account.

Gov. Lee also signed HB 531, a bill that clarifies when members of the Tennessee Consolidated Retirement System elect to establish retirement service through monthly installments, the members can do so over the length of service being established.

Kansas Gov. Laura Kelly signed HB 2405, a bill that authorizes up to $500 million toward pension obligation bonds to finance a portion of the unfunded actuarial liability of the Kansas Public Employees Retirement System.

West Virginia Gov. Jim Justice signed HB 2829, a bill that codifies the amortization of annual impacts on funding deficiencies due to new gains or losses on assets and liabilities and changes in actuarial assumptions of state public pension plans.

Washington Gov. Jay Inslee signed SB 5021, a bill to retroactively prevent loss of benefits counted toward a public employee’s retirement if they were affected by furlough, reduced work hours, mandatory leave without pay, temporary layoff, or shared work program that resulted in reduced hours due to the COVID-19 pandemic.

The Kentucky Legislature passed HB 258, which provides that new members of the Kentucky Teachers’ Retirement System on or after Jan. 1, 2022, will receive a foundational benefit component of a traditional defined benefit plan with risk adjustments, and a supplemental benefit component based on the member’s account balance. The bill was vetoed by Gov. Andy Beshear, but the Kentucky House and Senate both voted to override the veto.

New York Gov. Andrew Cuomo signed SB 4681, a bill that creates a COVID-19 death benefit for public employees who were directed to work in person after March 2020 and contracted the disease within 45 days of reporting to the workplace.

A CNBC story on the multiemployer provisions of the American Rescue Plan Act of 2021 cited the Academy’s June 2017 issue brief providing an overview of multiemployer pension system issues. The story was reprinted by NBC Los Angeles and NBC DFW.