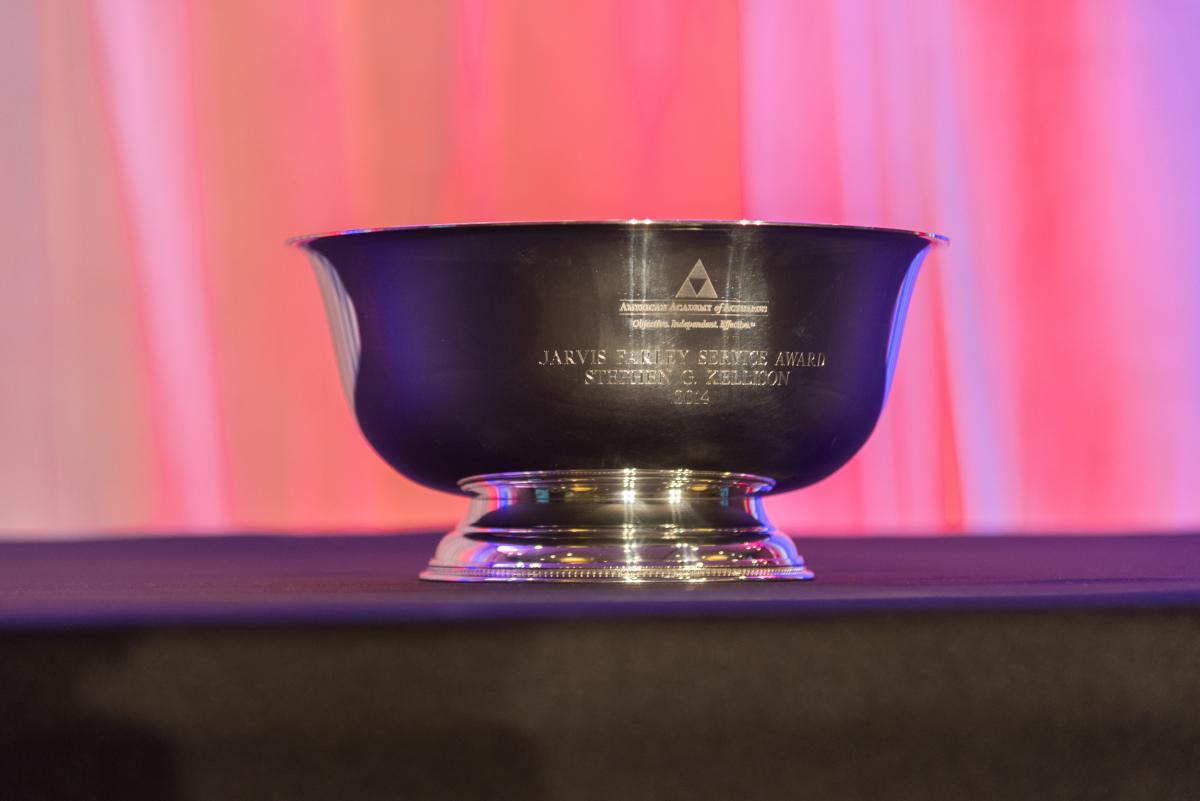 About the Award
The Jarvis Farley Service Award honors actuaries whose volunteer efforts on behalf of the Academy have made significant contributions to the advancement of the profession.

The Academy established the award in 1991 to honor one of its most dedicated volunteers. Jarvis Farley was a charter member of the Academy and an invaluable resource for the profession. He served on Academy committees from 1972 until his death in 1991. His untiring volunteer work for the Academy epitomized the caliber of service honored by the award. To select the recipient of the Farley Award, the Executive Committee considers nominations from individual Academy members and from Academy committees.

The award is presented during the Academy's annual meeting.

How to Nominate
Nominations for the 2022 Jarvis Farley Service Award are now closed.

Eligibility Requirements
Eligible candidates are Academy members who have:

Except for previous recipients of the Farley Award, any Academy member may be nominated. Former Academy presidents may be nominated, but only their post-presidential service will be considered.