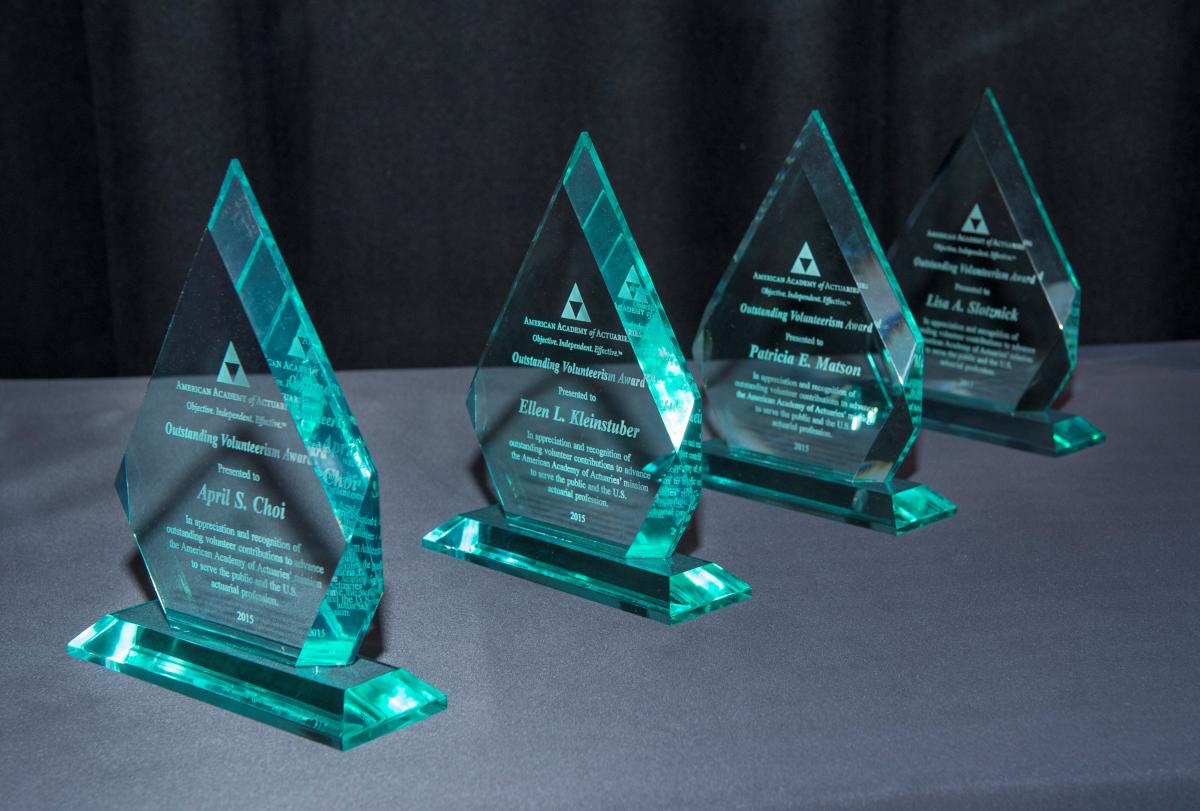 The award is presented at the Academy’s annual meeting.

How to Nominate
Nominations for the 2019 Award for Outstanding Volunteerism are now closed.

Eligible candidates are Academy members who have performed in a way that is conspicuously above and beyond what is reasonably expected with respect to volunteer duties and responsibilities for the Academy during the 12 months preceding the nomination. In addition to Academy council or committee participation, service on behalf of the Academy may include participation on committees of other organizations, such as the NAIC, that reflects positively on the Academy and benefits Academy members.