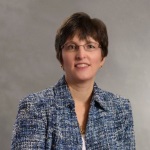 Lankowski The Academy’s Life Valuation Committee recently released a newly updated practice note, Life Principle-Based Reserves (PBR) Under VM-20, which covers principle-based life insurance reserve valuation practices for individual life insurance. It is a new version of a 2017 Academy public policy practice note of the same name, and is intended to assist actuaries with implementation of the principle-based life reserve valuation approach adopted by the National Association of Insurance Commissioners (NAIC). The PBR Valuation Manual contains the ways in which PBR is to be implemented through the new Standard Valuation Law (SVL). The SVL became operative Jan. 1, 2017, and as of early 2019, all states and one U.S. territory had adopted the SVL.

How has PBR evolved since its inception?

While PBR’s inception was more than a dozen years ago, it only became effective two years ago. Since then, it has been updated to clarify language, clean up some inconsistencies, and to give more specificity to PBR reporting. Along the way, the NAIC’s Life Actuarial Task Force (LATF) did some general cleanup, such as moving all the definitions into VM-01.

Why was there a need to update the previous Academy PBR practice note?

The 2017 practice note was written before actuaries had a chance to begin putting PBR into practice. Once actuaries started following the new Valuation Manual, the note was updated to provide clarity and to reflect the additional changes. The 2019 version of the Valuation Manual includes additional changes to the 2018 version. The LPC will continue to update it and provide examples of practices that actuaries employ as they model their reserves following VM-20 methods.

What have been some of the challenges of PBR reporting?

The Valuation Manual (VM-31) requires a PBR report, in which the qualified actuary reports reserves and describes the assumptions and methods used in the calculations in order to help regulators understand the company’s processes and business practices. It can be challenging to strike a balance between including useful information and providing the right amount of detail so that the report is not cumbersome.

Have companies had to change their product offerings because of PBR implementation?

What are some of the other reasons actuaries should be interested in this updated practice note?

What are some of the updates we are likely to see this year, in terms of Amendment Proposal Forms (APFs), or other changes from NAIC, etc.?

Regulators have reviewed PBR reports from 23 companies and are updating the VM-31 requirements for this report. Some of the updates are formatting changes, while others require more details and numerical explanations from a qualified actuary. There have been discussions about addressing the treatment of reinsurance and an APF submitted at the November NAIC National Meeting has generated a good deal of discussion.

The APF related to aggregation of mortality for credibility purposes (applies to setting the margins for the prudent estimate for mortality) has gone through numerous revisions, and final wording and guidance for that subject could be reached this year.

Related, what might life actuaries watch for going forward into 2020?

While reserving for life insurance products should not experience much change over the next couple of years, there will be more to watch related to both variable and fixed annuities. The variable annuity framework was adopted and is being written into VM-21. Fixed deferred annuities and payout annuities will have PBR methodologies proposed.

On the risk-based capital (RBC) front, we expect to finally see an update the C-1 factors and the C-2 mortality factors. We also expect the longevity risk factors to be proposed and the NAIC to come to a decision about a growth risk charge.

Besides the practice note, what are some of the available Academy resources on PBR implementation?

The Academy has information on its website, providing a single source for PBR-related resources, here. There are links to the Model Governance practice note and Model Governance Checklist, Actuarial Standard of Practice (ASOP) No. 52, Principle-Based Reserves for Life Products under the NAIC Valuation Manual; the Valuation Manual; the Economic Scenario Generator; and background material. Additionally, the LPC is working on an assumptions resource manual, a practice note for actuaries involved in financial examinations, and a PBR projections practice note.

We’re also looking forward to the LPC’s 2019 PBR Boot Camp, a popular event of the past several years, which will be held April 8–10 in Orlando, Fla. The boot camp gives an overview of PBR provisions and a chance to learn from regulators, consultants, and company actuaries who have experience with PBR.

While PBR and life insurance contracts are the focus, users could also find applications to non-PBR and non-life contracts (such as governance and assumption development).

The Role of the Actuary Subgroup submitted a comment letter to the NAIC suggesting that the definitions and guidance related to the various forms of actuarial opinion in VM-30 (Actuarial Opinion and Memorandum Requirements) could be clarified, and noting that it would explore or provide more specific recommendations if requested.

A robust agenda is in place for the Academy’s 2019 PBR Boot Camp, which will be held April 8–10 in Orlando, Fla. Attendees will hear lessons learned from those who have been at the forefront of the implementation of principle-based reserving (PBR) for life insurance.

This seminar will provide useful and practical information for those with all levels of familiarity with the PBR methodologies and reserve requirements. If you haven’t signed up yet, make sure to register today to take advantage of discounted rates. Prices will increase on Feb. 1.

More than 100 people attended the Academy’s sold-out Life and Health Qualifications (LHQ) Seminar Nov. 4–8 in Arlington, Va. The 18th annual seminar and interactive sessions remained highly valued by attendees, who had the opportunity to acquire required basic education and continuing education to be qualified to sign statements of actuarial opinion (SAOs) for NAIC Life and Health annual statements. Academy President-Elect D. Joeff Williams was chairperson of the committee that organized the seminar.

As the time for filing PBR actuarial reports is slowly dwindling before the required 2020 deadline, the “Actuarial Perspectives on 2018 PBR Actuarial Reports” breakout session at the Academy’s 2018 Annual Meeting and Public Policy Forum in Washington, D.C., in November offered actuaries multiple perspectives and tips on how to best complete their reports.

Larry Bruning and Pat Allison, both of the NAIC, discussed their findings and observations from submitted actuarial reports. During the session, the two presenters provided useful feedback to attendees regarding common reporting, methodology, and modeling issues they noticed from companies that have already submitted their PBR reports. Also on the panel, Linda Lankowski, vice chairperson of the Academy Life Practice Council, provided her perspective on filing PBR reports. (See lead story, above.)

A life session on pension-risk transfersThe enactment of the 2017 Tax Cuts and Jobs Act (TCJA) prompted many questions for life insurers. A breakout session on the subject, “The Impact of the 2017 Tax Cuts and Jobs Act on Life Insurers,” outlined for actuaries multiple perspectives on how actuaries, insurance regulators, industry, and tax specialists are adapting to the new provisions and changes in the corporate tax rate structures.

Wayne Stuenkel, who leads the Academy’s efforts on RBC tax reform, discussed the process his team took in order to help develop guidelines for regulators and actuaries. Barbara Gold, chairperson of the Academy’s Tax Work Group and moderator of this session, discussed how the changes in the tax code will affect life insurers—and what they can expect going forward.

Pension-risk transfers are a complex transaction that can have a lot of unknowns for both pension and life actuaries. As this topic has gained attention in recent years, the breakout session “Pension-Risk Transfers” focused on the solutions and challenges facing regulators, actuaries, and governmental offices.

Seong-Min Eom, chief actuary with the New Jersey Department of Insurance, provided a regulatory oversight perspective on the issue, discussing the challenges regulators face when analyzing the risk management of these transactions. She provided insights to the audience on measures they can take to prevent insolvencies.

Academy volunteers presented to the NAIC’s Life Actuarial (A) Task Force (LATF) at the NAIC Fall 2018 National Meeting in San Francisco in mid-November, addressing a variety of topics. Presentations to LATF included:

The Academy and the Society of Actuaries (SOA) hosted a jointly sponsored life webinar, “Emerging Underwriting Methodologies in a PBR World Webcast,” on Dec. 18. The webinar introduced actuaries to the SOA’s Delphi study on emerging underwriting methods and their impact on mortality experience.

The study’s aim is to provide practitioners and regulators with greater clarity and benchmarks around emerging underwriting techniques and suggest possible adjustments to base mortality tables with respect to VM-20—Requirements for Principle-Based Reserves for Life Products. Presenters were Lauren Cross and Matt Monson, and the webcast was moderated by Mary Bahna-Nolan, chairperson of the Academy’s Life Experience Committee.

The New York Department of Financial Services issued an insurance circular letter on Jan. 18 providing guidance to insurers authorized to underwrite life insurance. The letter advises insurers that they should not use external data sources for underwriting or rating purposes unless they can establish that the data source does not use discriminatory information. In addition, the letter clarifies that insurers should be transparent about the use of external data by providing consumers with their reasoning for adverse underwriting decisions based on external data, as well as the source of the data on which such decisions are based.

With legislation enacted in New York in December and a bill enacted in Massachusetts on Jan. 2, all 50 states have adopted a new Standard Valuation Law to enact PBR. The New York Department of Financial Services has released an emergency regulation to begin the implementation of the new standard, to take effect on Jan. 1, 2020.

A bill introduced in the Nevada Senate would deem benefits established by a long-term care rider to a life insurance policy or annuity contract to be the same type of benefits as provided in a basic policy or contract for the purposes of provisions relating to the Nevada Life and Health Insurance Guaranty Association.

A bill was introduced in the New York Assembly that would adopt the Interstate Insurance Product Regulation Compact.

H.B. 207, introduced in the Texas House, would require life insurers to notify policyholders when their policy is subject to an increase in insurance charges that are based on the current schedule of mortality rates.

Legislation introduced in the West Virginia house would eliminate the state’s tax on annuity considerations collected and received by a life insurer for taxable years beginning on or after Jan. 1, 2019.

The Illinois Department of Insurance proposed a rule (50 Ill. Adm. Code 920; see pp. 122-134) to implement the Lost Policy Finder for life insurance policies. Under the proposed rule, insurers authorized to offer life insurance policies in Illinois would be required to register for the service and make “good faith” efforts to locate policyholders who have not claimed their benefits.

The NAIC on Jan. 14 announced its committee chairs and vice-chairs for 2019.