JacksonThe Academy in January introduced the first model and preliminary findings of the Actuaries Climate Risk Index (ACRI), which provides results associating dollar estimates of property losses in the United States with changes in extreme weather.

Preliminary ACRI results show an estimated additional $24 billion of property damage in the United States from 1991 to 2016 associated with changes in extreme weather for that period. The dollar amount is over and above what would have been expected relative to climate and climate risk data from a 1961–1990 reference period, and after adjustment for changes in property damage estimates that could be expected purely due to increases in population and development. 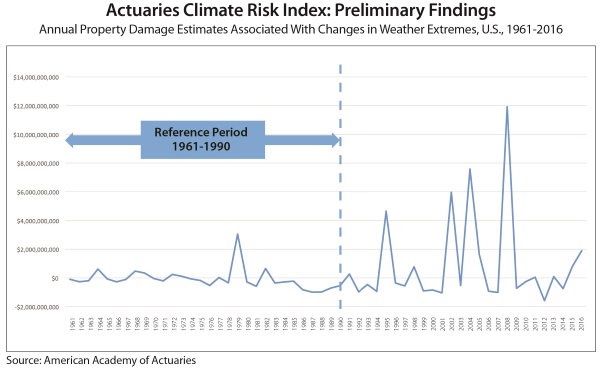 In a conversation with Casualty Quarterly, Steve Jackson, the Academy’s assistant director for research (public policy) and a primary author of the ACRI report, said the Academy—through its P/C Extreme Events and Property Lines Committee—is hoping to bring interested volunteers who have specific and relevant skills more directly into the process to advise on the further development of the ACRI more systematically and with more regular information.

“The ACRI is scientific research, and it certainly brings to bear actuarial perspectives, although it is not strictly actuarial research,” Jackson said. “What we have tried to do is look at the relationship between climate risk and property losses throughout the United States, and use the relationships we found to estimate the dollar losses that are due to the change in climate risk since 1990.” 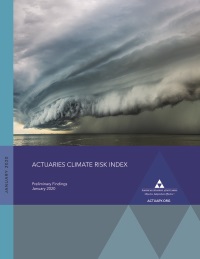 As with the Actuaries Climate Index (ACI)—which was sponsored jointly by the Academy and three other actuarial groups—for the ACRI, 1961–1990 is the reference period that the 1991–present period is compared with. The ACRI builds on the foundation of the ACI, Jackson said, but while the ACI measures changes in climatic conditions on a quarterly basis, the ACRI looks at how those changes correlate with changes and losses.

“Once we find that, then we can estimate how much of that loss is due to that change in climate,” which accounts for the $24 billion figure, Jackson said. In addition to accounting for inflation, “more importantly it accounts for increases in population and development,” he said. “The losses have gone up a lot more than that, but most of that is attributable to increases in population and development in areas that are hit by bad storms.”

While that pattern has generally been accepted by the U.S. National Climate Assessment, the United Nations’ Intergovernmental Panel on Climate Change, and other scholars looking at the issue, “what we have done is actually put a dollar estimate on how much the loss is attributable to climate change,” Jackson said. The $24 billion figure is about 5 percent of the $493 billion in observed losses during the period, and 3.3 percent of the exposure-adjusted losses, Jackson said, citing the report (p. 18).

The ACI is sponsored by the Academy, the Canadian Institute of Actuaries, the Casualty Actuarial Society, and the Society of Actuaries. Read the news release. 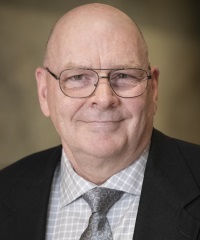 GibsonAcademy Senior P/C Fellow Rich Gibson met with public policy stakeholders throughout the federal government in Washington, D.C. the week of March 9. Accompanied by Marc Rosenberg, senior P/C policy analyst, Gibson met with senior staff members with the National Flood Insurance Program, the Congressional Research Service, the Congressional Budget Office, and the U.S. House Financial Services Committee. In addition to the series of in-person meetings focusing on P/C issues, the Academy also held a conference call with officials from the Government Accountability Office to discuss a number of current and emerging issues.

“Wherever we went, there was genuine interest in what the Academy has to say,” Gibson said. “The government officials appreciated the objective information and informed comments that the Academy provides.”

The Casualty Practice Council (CPC) submitted comments to the Actuarial Standards Board regarding a potential new actuarial standard of practice (ASOP) on rate-filing by property/casualty insurers.

The comments addressed questions including the existing or current actuarial responsibilities in determining the final proposed rates, and in the development of a rate filing; aspects of rate filings that are considered actuarial in nature, or not; aspects of a rate filing that frequently cause issues during regulatory review; whether the proposed ASOP on modeling sufficiently addresses concerns with regard to rate filings; actuarial aspects that need further guidance to actuaries in the rate determination process beyond the guidance already contained in existing ASOPs; whether guidance to actuaries is needed for all rate filings; and whether the scope of such a standard should be confined to filings that require an actuarial certification. 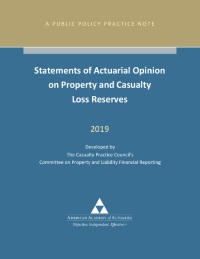 The Committee on Property and Liability Financial Reporting (COPLFR) has issued a practice note, Statements of Actuarial Opinion on P/C Loss Reserves (2019), which includes a section on FAQs about new requirements for Appointed Actuaries.

The practice note is intended to assist actuaries by describing practices that COPLFR believes are typically employed in issuing statements of actuarial opinion (SAOs) and actuarial opinion summaries on loss and loss-adjustment expense reserves in compliance with the P/C Annual Statement Instructions for 2019 issued by the National Association of Insurance Commissioners (NAIC). Actuaries also may find this information useful in preparing SAOs for other audiences.

COPLFR also submitted comments to the Casualty Actuarial and Statistical Task Force of the NAIC and a CAS/SOA (Casualty Actuarial Society/Society of Actuaries) CE Task Force on a proposed new form for P/C Appointed Actuaries to report their continuing education activities. The letter covers 11 areas, including relevant and consistent notations of continuing education requirements.

The letter cites a May 2019 COPLFR letter regarding a reinsurance company reinsuring certain workers’ compensation and construction defect liabilities from a 2015 agreement, and attaches a 2015 Schedule P in addition to a previously submitted 2016 Schedule P. “Industry Schedule P data can also be distorted based on what is and is not included in industry totals based on the data scrubbing performed,” the letter stated. 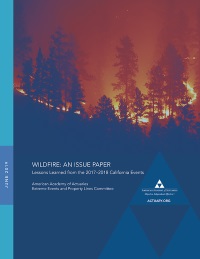 In the wildfire paper, the Committee noted the California Department of Insurance (CDI) required the California FAIR Plan to terminate the moratorium it initiated on writing new fire insurance coverage in wildfire-impacted areas, and the CDI directed insurers to cease moratoriums on issuing auto insurance in wildfire areas (December 2017). Recently it was reported that the CDI is banning insurers from nonrenewing policyholders in wildfire disaster areas under SB 824 (December 2019).

State lawmakers are considering a number of measures regarding P/C insurance-related issues.