Risk Pooling: How Health Insurance in the Individual Market Works

For a print-ready PDF of this page, click here.

What is risk pooling?

The pooling of risk is fundamental to the concept of insurance. A health insurance risk pool is a group of individuals whose medical costs are combined to calculate premiums. Pooling risks
together allows the higher costs of the less healthy to be offset by the relatively lower costs of the healthy, either in a plan overall or within a premium rating category. In general, the larger the risk pool, the more predictable and stable the premiums can be.

Is the size of a risk pool the only factor?

No. Although larger risk pools are typically more stable, a large risk pool does not necessarily mean lower premiums. The key factor is the average health care costs of the enrollees included in the pool. Just as a pool with healthy individuals can result in lower-than-average premiums, a large pool with a large share of unhealthy individuals can have higher-than-average premiums.

What is “adverse selection”?

Why is adverse selection a problem?

The higher premiums that result from adverse selection, in turn, may lead to more healthy individuals opting out of coverage, which would result in even higher premiums. This process typically is referred to as a “premium spiral.” Avoiding such spirals requires minimizing adverse selection and instead attracting a broad base of healthy individuals, over which the costs of sick individuals can be spread. Attracting younger adults and healthier people of all ages ultimately will help keep premiums more affordable and stable for all members in the risk pool.

Why do premiums depend on who buys coverage?

How does risk pooling currently work in the individual market?

The Affordable Care Act (ACA) requires that insurers use a single risk pool when developing premiums. The single risk pool incudes all ACA-compliant plans inside and outside of the marketplace/exchange within a state. In other words, insurers must pool all of their individual market enrollees together when setting the prices for their products. This means that the costs of the unhealthy enrollees are spread across all enrollees. 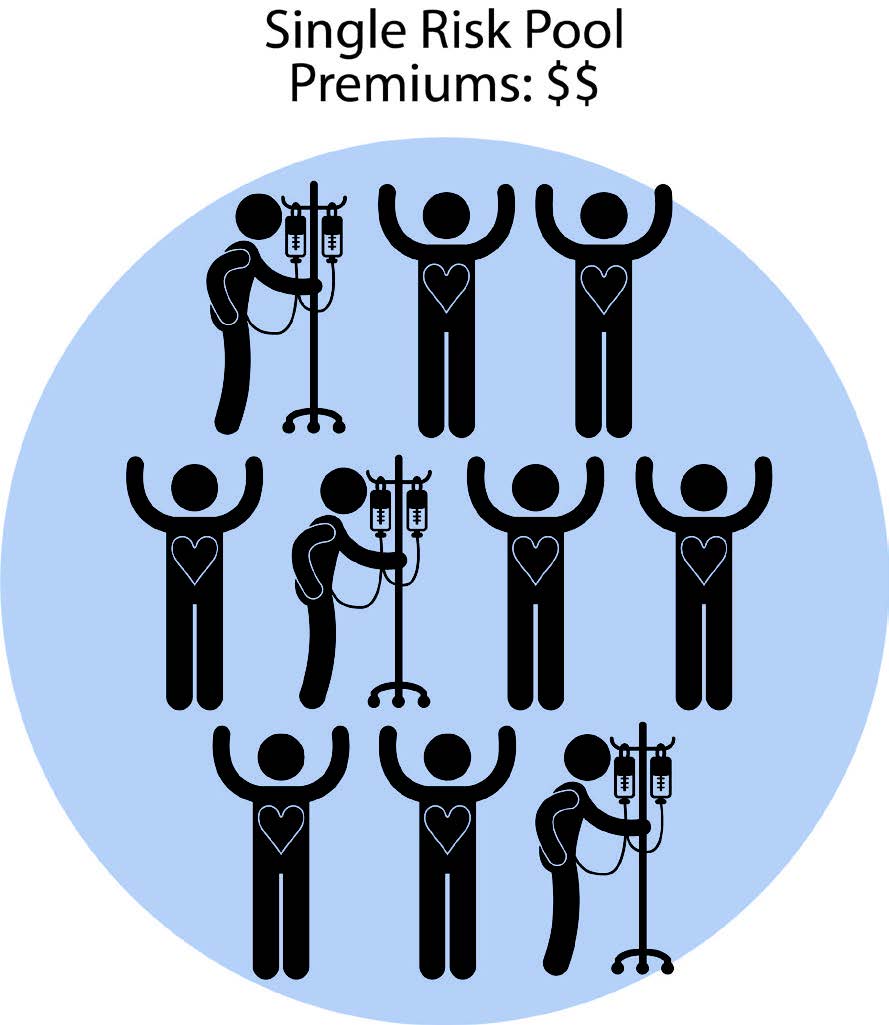 How does the ACA protect against adverse selection?

The ACA includes a number of provisions that are intended to broaden participation in the individual market. Among the more significant of these are the individual mandate, premium and cost-sharing subsidies for low-income individuals, and a limited open-enrollment period.

The ACA rules also support a level playing field. That is, the rules governing the insurance market regarding issue, rating, and benefit requirements apply equally to all insurers. In addition, the ACA includes a permanent risk adjustment program that transfers payments among insurers in the single risk pool based on the relative risk of their enrollees.

By limiting the adverse selection in the market as a whole and mitigating the effects of enrollee risk profile differences among insurers, the single risk  pool  requirement,  uniform  market  rules,  risk adjustment program, and provisions to encourage enrollment work together  to  facilitate  market competition and the ACA’s pre-existing condition protections.

What if more flexibility were allowed in the ACA market rules?

By reducing insurer incentives to avoid high-cost enrollees, risk adjustment helps support protections for those with pre-existing conditions. Some changes to market rules, such as increasing flexibility in cost-sharing requirements, could require only adjustments to the risk adjustment program. Other changes, such as loosening or eliminating the essential health benefit requirements, could greatly complicate the design and effectiveness of a risk adjustment program, potentially weakening the ability of the single risk pool to provide protections for those with pre- existing conditions.

What if some plans were allowed to avoid ACA rules altogether?

If some plans were allowed to avoid the ACA rules altogether, then plans competing to enroll the same participants wouldn’t be competing under the same rules. Noncompliant plans would likely be structured to be attractive to low-cost enrollees, through fewer required benefits, higher cost- sharing, and premiums that vary by health status. 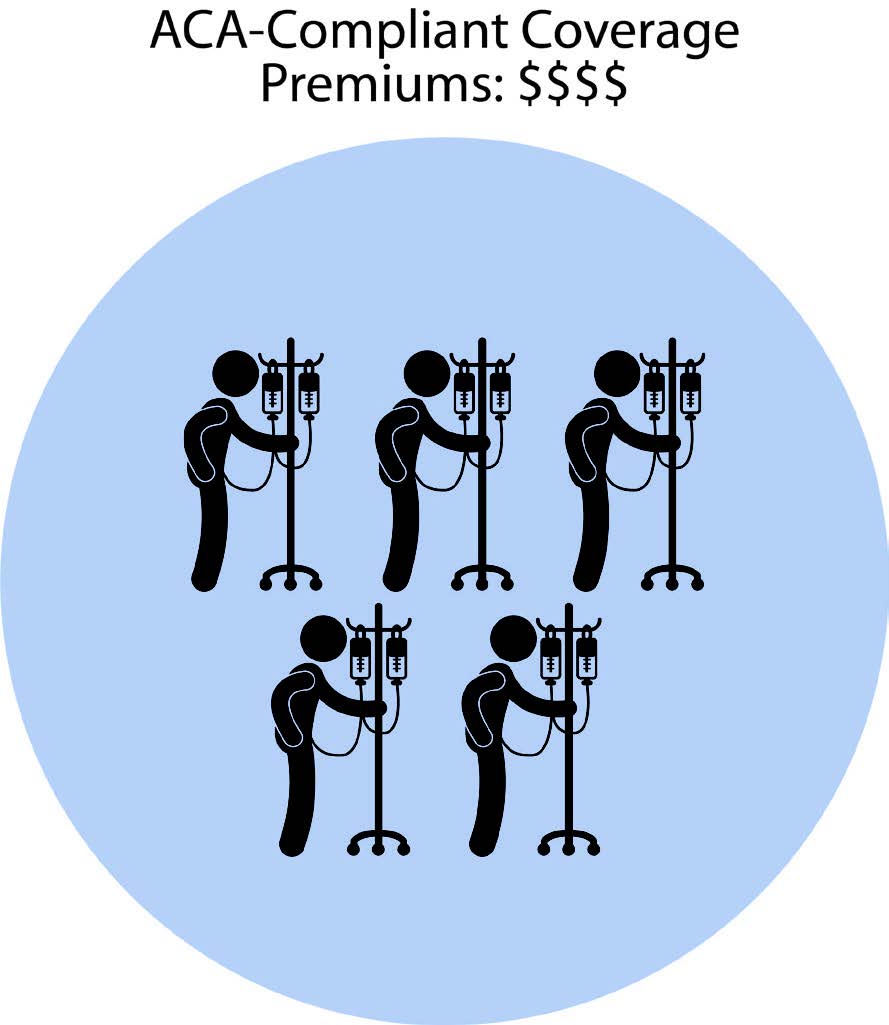 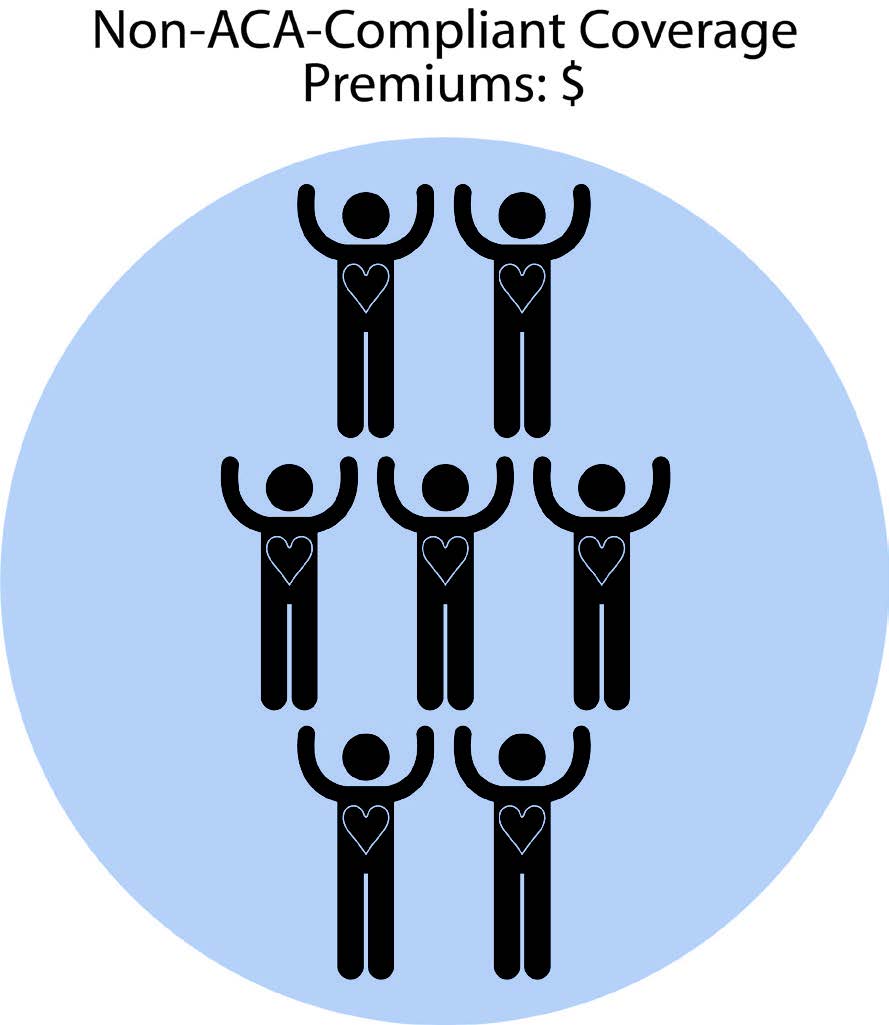 Instead of using risk adjustment to mitigate the higher premiums needed for compliant coverage, external funding could directed to the compliant pool, for instance in the form of a reinsurance program. However, the funding for such a program would have to be substantial and permanent.